We have reported about Cassibile several times in the past. On the outskirts of the city, the seasonal workers who work in the fields build a temporary camp to live in every year.

These people, who work as day laborers in the adjacent fields, have been promised permanent housing for years. The reality so far: the refugees, who are exploited in the fields around Siracusa as cheap harvest workers, live in tent cities, self-built huts or seek shelter in the adjacent abandoned, dilapidated houses on the outskirts of the city. There is no drinking water, and electricity is available only through generators. During heavy rains, the area is regularly flooded. We have given donations to the residents on multiple occasions and also helped out last year with tents, sleeping bags and protective masks.

A few weeks ago, the Italian authorities (Guardia di Finanza and Polizia Municipale) raided the camp, evicted the current residents and destroyed all belongings. The property of the field workers who were in the illegal camp was destroyed in the process, and police forces also reportedly confiscated all food supplies.

The authorities cited safety concerns due to the poor structural condition of the abandoned houses, which are partly inhabited by migrants. According to Mayor Francesco Italia, the city is also pushing back against illegal settlements. The aim is to provide accommodation in the so-called “Welcome Village”, for which construction work is now said to have begun. There is no information about when it will be ready. What will happen to the people until then does not seem to matter. At peak times, up to 500 people live in the tent city on the outskirts of Cassibile. Because the season is still at the beginning, only about 25 to 30 people were currently on site.

Sicilian agriculture is supported these harvest workers, who year after year bear the brunt of harvesting potatoes, olives, oranges, and tomatoes. These people are forced to accept this physically demanding work under degrading conditions. 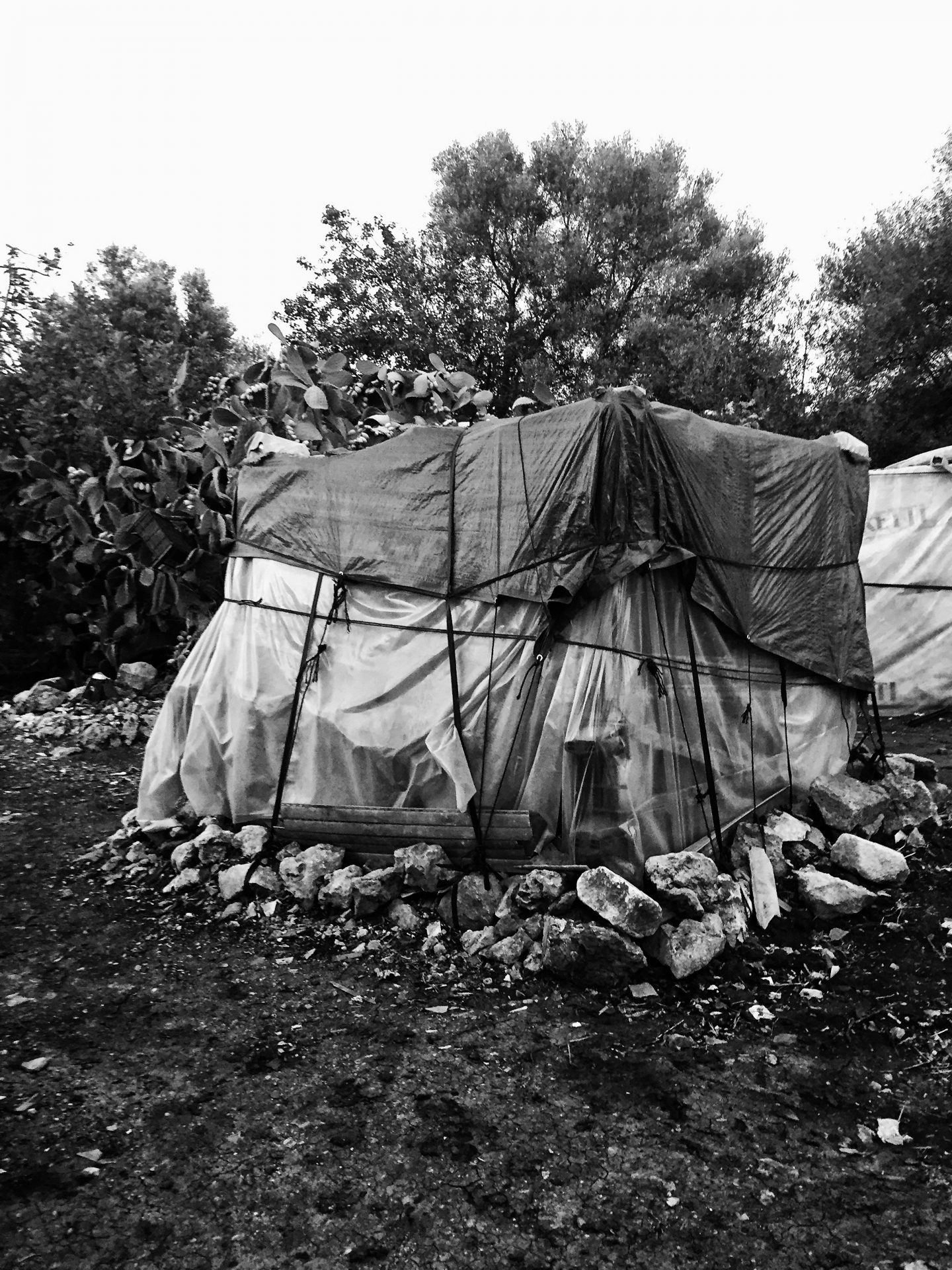 But instead of opening up new opportunities for them, the low wages for the hard work are barely enough to survive. To get sleeping equipment or unaffordable medicine, these people have to rely on donations. There is no trade union protection for them, no one cares about their health or compliance with Corona measures – they are at the mercy of their foremen. As soon as the workers are no longer needed, the landlords evict them from their land. In the past, the police have been called in at the end of the season to evict people.

In the current raid in Cassibile, the police have destroyed shelters and put the inhabitants back on the streets. These displaced people have now moved to surrounding towns, but are in contact with Padre Carlo. Through him, we have been able to provide initial help in replacing necessities. In the past weeks, we have provided relief goods worth several thousand euros. Our top priority was to send clothing, sleeping bags, and hygiene articles to Sicily.

The next stage of escalation has now been reached

As of today, more than 80 people are housed in Padre Carlo’s church. The harvest season isn’t going as planned, so that the migrant field workers have nowhere to go. The house next to the church is actually the residence of the priest. In his small apartment and the utility rooms, the padre regularly takes in people. Some have been living with him for years. Currently, almost 30 people have found refuge in his private accommodation. He has kept only a single room for himself.

Because the camp was evacuated and the field workers saw no other option, more than 50 additional people are currently housed in the church itself. From a pandemic point of view, this is a difficult situation to endure. Now that Ramadan has begun, the supply of food has also become a problem. Every day, the residents consume about 20 to 30 kilos of rice. The money that the Padre takes from his salary is no longer sufficient for bread and other additional food. We have therefore decided to buy a ton of rice for them. This will cost us another 1000 Euros. We would like to set aside 500 euros for other food, such as canned tomatoes, spices and the like. Local organizations are also helping. But that is only enough for the moment. More expenses will follow because the consumption of electricity and water has also increased enormously. And these bills also fall on the small community.

Because we need a lot of money for these very basic things at the moment, we depend on your support. The pressure is not going to let up anytime soon. In addition, due to the pandemic, the refugees can hardly earn any money themselves, so they depend on donations much more than before. We ask you to support us financially and thus help the refugees in Sicily. We have rarely seen the situation as dramatic as it is now.

This site uses Akismet to reduce spam. Learn how your comment data is processed.

Your ticket for the: Dramatic development: police evacuate camp in Cassibile and destroy all belongings